The Baltic region is unique in many respects. It shares many commonalities. History, culture, economic development and not least economic potential are but a few examples.

The Baltic Sea area is a region with immense potential. And the EU membership of Poland and the Baltic states has given the area more clout. We work together, trade together and share a common culture and approach to many issues. But it is also an area where – as the latest developments have shown – global politics influence our citizens. We need to ensure that the Baltic Sea area is a low tension area where cooperation, not insecurity, is the name of the game.

Baltic Sea cooperation is at its best when we create concrete results to the benefit of the countries around the Baltic Sea. At this point in time, energy is perhaps the best example and where we stand to gain most by enhancing our concrete cooperation. We have shared interests when it comes to protecting the environment, adapting to climate changes and reforming our energy policies.

Apart from the benefits to our environment, concrete cooperation on energy security will contribute to reducing tensions and furthering economic cooperation and growth. Therefore energy security in a broad sense is a central priority for the Danish Government – also in the Baltic Sea area. It reflects the Government’s Green Growth agenda and Denmark has many good experiences from building our green policies and sector.

Energy security is important as well as multi-faceted. There is broad scope for increased cooperation within several fields, in particular regarding energy efficiency, interconnectivity and variability of energy sources. Excessive dependence on one supplier is a real risk – both in our region and to Europe in general. The region also holds extensive commercial potential, in particular within energy infrastructure, the maritime sector, and transport/logistics. I am pleased to see a number of projects in these fields already prospering. And I see an important role for our countries in advancing this agenda.

Politically, Baltic Sea cooperation is at its best when it means building confidence and dismantling tension. In fact, this was a main reason for establishing the Council of Baltic Sea States (CBSS) in 1992. I believe we should seriously consider  reinvigorating this aspect of our regional cooperation and devote more attention to this.

The need for building confidence and dismantling tension is obvious when you look at the members of the CBSS – as it includes both Russia and the EU members around the Baltic Sea as well as Iceland and Norway.

Russia’s recent behavior towards Ukraine is a serious concern to us all. But understandably not least to our Baltic neighbours. For Denmark it is a priority to contribute to reassuring the Baltic states that they will remain free, secure and prosperous.

Through the CBSS we cooperate on issues that are not high politics and can hopefully help influence the values held by Russian decision-makers. Moreover, cooperation with Russia within the CBSS is also relevant in order to make progress in areas where we have shared interests with Russia, such as protecting the Baltic Sea environment.

Baltic Sea cooperation is a priority for the Danish government because it is our local area. Commercially, the region offers a host of opportunities. The region is a local market for Denmark and of major economic significance. 40% of Danish exports go to the Baltic Sea states amounting to almost 55 billion euro. Growth in the area means more jobs.

The Baltic Sea cooperation has come a long way since the CBSS was founded more than 20 years ago. Despite the recent tensions in the broader region, the outlook is promising. I see firm signs of a common will to intensify and deepen cooperation in our region to new levels. I would like to see more focus in our cooperation. The number of priorities should be limited and clearly defined.

I would also like to see a more result orientated approach to Baltic Sea cooperation. Our results must be visible, provide added value and communicated effectively to the public. Our aim should be to concentrate on areas with the largest potential for results.

Finally I would like to see increased involvement of the private sector in our regional cooperation. All three aspects would benefit growth and employment in the Baltic Sea region. And all three are at the top of Denmark’s Baltic Sea agenda.

Since the establishment of the Council of Baltic Sea States (CBSS) more than twenty years ago, Denmark has played an active  part in the development of Baltic Sea regional cooperation. Not only within the CBSS but also in cooperation formats such as the EU Strategy for the Baltic Sea Region (EUSBSR), The Northern Dimension and the Helsinki Commission (HELCOM). The prominent Danish role as coordinator for several of the priority areas under the EU strategy is a case in point.

The Danish policy framework outlines what we would like to achieve through cooperation in the region. The framework is based on this:

It has one main goal: to tie the Baltic Sea Region together in an ever stronger cooperation between all Baltic Sea States, including Russia.

It has two priorities: to protect the environment and climate as well as to create growth in a broad sense.

We have chosen to focus our efforts mainly on three main fora for cooperation: The Council of Baltic Sea States, the EU Strategy for the Baltic Sea Region and the Northern Dimension. Our efforts in other regional for such as HELCOM pull in the same direction.

The economic potentials and the challenges to secure a sustainable region will only grow in the years to come. We must work – inside and outside the EU and inside the CBSS – on both together. 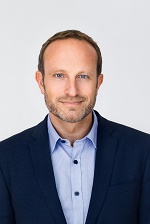