We are witnessing an “up” in relations with Russia, writes Hans Brask in this BSR2011 Editorial. Quite exceptionally all Baltic Sea Region countries are enjoying positive relations with Russia simultaneously. However, there were also other tones to be heard at a recent Kaliningrad conference. And Russia’s plans to construct a nuclear power plant in Kaliningrad could develop into another Nord Stream controversy. 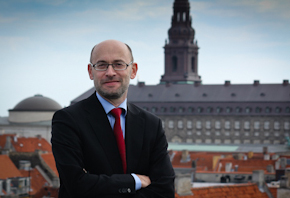 At the Baltic Development Forum (BDF) Summit in Stockholm in 2009, Lilia Shevtsova, Senior associate at the Carnegie Moscow Centre, said that Russia basically did not have a foreign policy, “only” domestic policies. Therefore the study of domestic sources of foreign policy was the best way of achieving greater clarity.

Studying Russia’s view on the Baltic Sea Region (BSR) cooperation from this perspective, we should not expect a foreign policy “reset” as long as Russia’s genetic code will be based on “personalised power”. This piece of DNA will stay unchanged for another presidential term, we now know, as Prime Minister Putin and President Medvedev have recently announced that they will just change chairs next year. Russia’s approach to the “west” and cooperation with the “west” will continue unchanged. It may have its ups and downs, and the essence of the cooperation will not differ.

This being said, I recently returned from Kaliningrad with an optimistic view after attending the VII Annual International Conference – Cross-border cooperation, the European Union and Norway, held on 22-23 September. The conference was very well attended by representatives from all the countries around the Baltic Sea and a lot of very concrete cross-border projects were presented and evaluated.

The official speeches all had a very positive tone and demonstrated the interest in improving the present level of cooperation between the North-West territory of Russia and the neighbouring countries, not least within the framework of EU’s cooperation programmes. So, if there is going to be ups and downs, we are surely witnessing an “up”.

This reflects very well the almost unprecedented situation that exists in the BSR at the moment: Almost all the EU countries and Norway are having very positive relations with Russia – at the same time!

At BDF’s advisory board meeting last year in Vilnius, it was decided to make the best possible use of this situation. Time was for engaging with Russia in regional and confidence building activities. At the same time the intensified cooperation among the EU countries should not entail a marginalisation of Russia.

In line with the Vilnius recommendations, BDF and relevant partners have launched a project application within the Northern Dimension framework to promote energy efficiency in Kaliningrad. BDF will lead the project, which will run over two years.

The conference in Kaliningrad this September left the impression that cooperation with Russia has, indeed, intensified in parallel with the implementation of the EU strategy. So that is a very positive trend.

Listening carefully to the speeches of the Russian representatives in Kaliningrad, one could notice some nuances. Interestingly enough the administration of the Plenipotentiary Envoy of the President of the Russian Federation to the North-West, Sergey Zimin, was among the most positive voices. The North-West district has defined its role and position as a facilitator of cooperation with Russia’s many neighbours in this corner of the world.

The driving-forces behind the cross-border conferences in Kaliningrad are the North-West Development and Investment Promotion Agency – both very close to the presidential envoy. It may be a reflection of the fact that the economic development of the North-West depends on relations with neighbours, but it should be noted that the Governor of Kaliningrad Nikolay Tsukanov and the Deputy Governor from Pskov, Gennadiy Bezlobenko, followed the same line.

But there were other tones as well. The Minister for Regional Development of the Russian Federation, Viktor Basargin, emphasised that Russia and the EU/the Commission had equal rights in the context of Council of the Baltic Sea States (CBSS), including the right to veto.

His ministry had developed a document (“Food for thoughts”) that should match in some way the EU’s strategy for the Baltic Sea Region. So far no less than 61 projects totalling more than 56 million € had been approved for financing under the policy.

The importance of equal partners was underlined several times by speakers representing the Federal Government, including the Foreign Ministry (MID). Deputy Prime Minster Alexandr Zhukov and the MID representative Alexandr Sternik underscored that they saw the Council of the Baltic Sea States (CBSS) as the most important institution in the region.

Sternik saw cooperation within the CBSS as improving, turning more concrete year by year, even though some “gaps” still existed. Priorities had to include innovation, modernisation, public-private partnerships and the Baltic energy link. He underlined that the present German CBSS presidency and the next Russian (1 July 2012) had decided to work closely together, not least focusing on the South-Eastern part of the region, which includes Kaliningrad.

A special – and controversial – issue that came up at the conference was the “Baltic nuclear power plant” that Russia is building in Kaliningrad. Preparations are going on in an open and transparent way, Sternik said, with public hearings in place and using international environmental standards.

The nuclear power plant is in fact one of the most controversial issues in Russia’s BSR priorities and policies, and neighbouring countries do not have the same understanding of the process as Mr. Sternik. In actual fact, the plant could develop new controversies similar to the ones that the Nord Stream project gave rise to.

First of all, the capacity of the planned nuclear power plant exceeds local demands. Hence, the project is also to export energy to central Europe. InterRAO, the company responsible for the construction of the nuclear power plant, is considering to place an electrical cable next to the Nord Steam gas pipeline on the bottom of the Baltic Sea in order to reach Germany with electricity in the future.

It remains to be seen, whether Germany will be equally as enthusiastic about receiving nuclear based electricity from Russia/Kaliningrad as it was about gas.

What is the conclusion? – First of all, energy, nuclear power, equal partnerships, right to veto and the privileged relationship with Germany are to stay defining element is Russia’s BSR policies for many years. It makes, indeed, food for thought that Sternik mentioned the nuclear plant as part of a presentation on Russia’s upcoming Presidency role the CBSS from 2012.

Secondly, the Kaliningrad conference demonstrated the genuine will of many Russians who live close to the Baltic Sea Region to engage in closer in regional cooperation. Thus in some respects we seem to be on an up-turn, and the BSR partners should always be ready to integrate Russia in a closer dialogue and in concrete project cooperation, when conditions are right.

At the upcoming BDF Summit/EUBSR Annual Forum in Gdansk next week, we have decided to organise a special Kaliningrad side-event in order to make this last point. We are happy to note that many Russian participants have registered to the event.