“There is no doubt that a region as Pskov wants seriously to reach out, and there are indeed possibilities for entrepreneurs of the region to do business here. Still the context is not clear – the different Russian players do not seem to have reached a common stance”, was the impression said by BDF Director, Hans Brask, who – together with BDF Chairman Hans Skov Christensen –  participated in the cross-border conference between the Russian Federation, the European Union and Norway.

The conference was mainly organized by North-West Development and Investment Promotion Agency in St. Petersburg, the Ministry of Regional Development of Russia and the Pskov oblast administration. It was the 8th Annual International Conference, 6-7 September held in Pskov, Russia. More than 200 participants, including many representatives from all neighbouring countries, made their way to Pskov, which is not an easy corner of the Baltic Sea Region to reach. This fact is also reflected in Pskov’s economic development and its international outreach. The hosts in Pskov demonstrated great hospitality and a wish to change the present situation and to attract foreign investments.

Mr Skov Christensen participated as speaker in the opening session together with the Presidential Envoy to the North-West district, Mr. Nikolay Vinnichenko, and the Governor of Pskov oblast, Mr. Andrey Turchak, as well as the Deputy Minister of Economic Development of the Republic of Karelia, Mr. Dmitry Kislov.

Skov Christensen underlined the wish for BDF to work closely together with Pskov as was the case with Kaliningrad region in many areas not least in the field of energy efficiency (see RENSOL project at http://www.rensol.eu/). Skov Christensen hoped that the Russian WTO membership would again make Pskov an important trading centre as the city had been  historically a partner to the Hanseatic league. Read the full speech

The Office of the Plenipotentiary Envoy of the President of the Russian Federation to the  North-West Federal District has traditionally also been closely involved in these Russian cross-border conferences, which have been the main instruments for Russia’s dialogue with the neighbouring countries on the matter.  The Chairman of North-West Development and Investment Promotion Agency, Slava Khodko, has not least been efficient in promoting this Russian Cross-border forum. 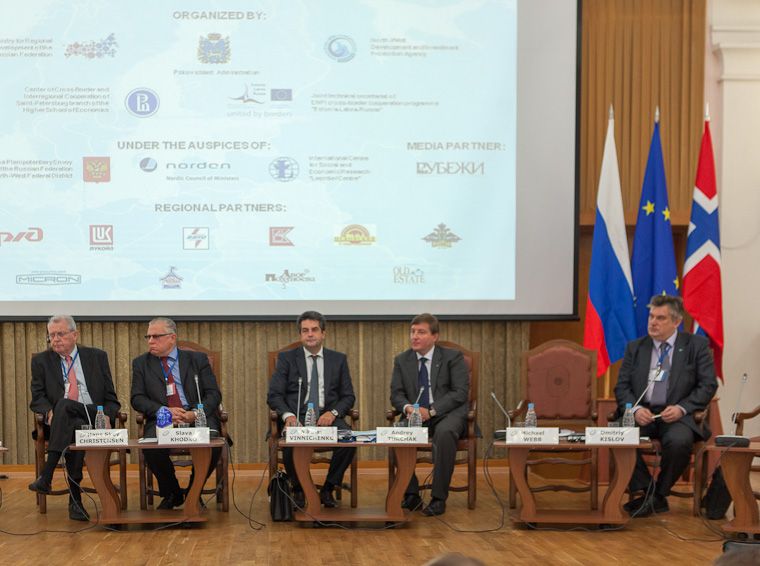 It was the first time that Nikolay Vinnichenko, the Presidential Envoy to the North-West district, participated since his appointment in September last year. Vinnichenko was previously the Presidential Envoy to the Urals and many have been asking whether Mr. Vinnochenko would be continuing the positive line that his predecessors have had towards cross-border cooperation with Russia’s five EU Member States in the Baltic Sea Region (Finland, Estonia, Latvia, Lithuania, and Poland). In his opening speech Mr. Vinnichenko did underline that cross-border cooperation is the main tool for solving problems that are of a cross-border nature within many different sectors. He argued that the regions in Russia need a separate financing ability to work with its neighbours. He also underlined that Russia’s accession to the WTO has opened a new dimension for the regional cooperation. He added that there would also be a need for expanding the legal basis for the existing cooperation between EU and Russia. Interdependence was an important feature of the region contributing to stability and security between the neighbours.

Governor Turchak underlined Pskov’s status as an independent economic zone that offers favourable conditions for companies to invest and improve the possibilities for joint ventures. The oblast wanted to reach out to private investors. He also  highlighted that the meeting took place on the eve of the 1150th anniversary of Izborsk, which is one of the oldest Russian cities. 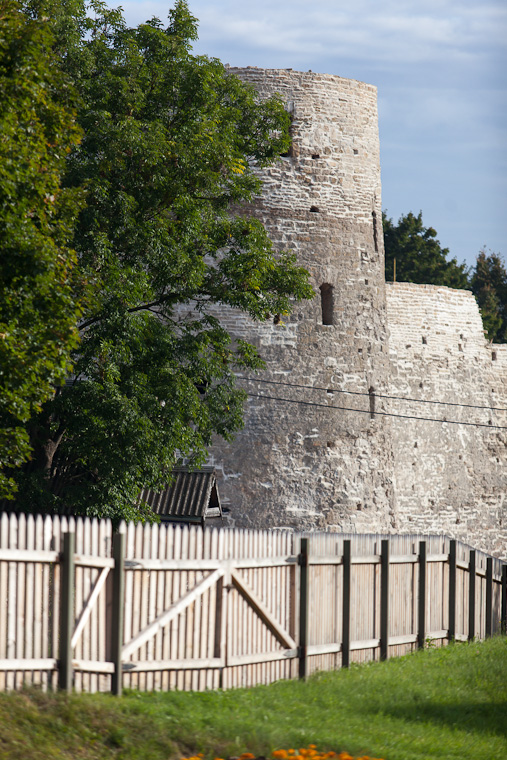 The City of Izborsk was part of Estonia between 1920-1945, which exemplifies many of the historic sensitivities that are part of this area of Russia.

Russian Ministry of Foreign Affairs was also represented at the conference presenting the priorities of the Russian Presidency of the Council of the Baltic Sea Presidency (for more information please visit www.cbss-russia.ru).

The Russian Strategy of social and economic development of the North-West Federal district until 2020, adopted by the Government of the Russian Federation as of 18 November 2011 (see here Decree of the Russian Government), was also presented, and reference was made to the strategy by some actors. It still lacks an action plan and details about how the objectives will be carried out. Read the Strategy at http://en.n-west.ru/stretegy-2020/

For an outsider it is still a little puzzling what the future status of the North-West strategy is. The Ministry of Foreign Affairs of Russia is seldom making reference to this document and it is not mentioned on the website of the CBSS Presidency. How serious should we take it? Hopefully very.