On September 8-9 2014 Baltic Development Forum (BDF) and Institute for Cultural Diplomacy (ICD) in close collaboration with the Danish Parliament, Danish Ministry of Culture, Danish Cultural Institute arranged a two-day conference on cultural diplomacy “Cool North – Cultural Diplomacy in the Nordics: Strategies for Regional Development, Cooperation, Good Neighborly Relations”. The conference was supported by Nordic Council of Ministers and held at the Parliament of Denmark in Copenhagen.

The aim of the conference concentrated on exploring and analyzing  the different strategies and experiences of Nordic foreign and cultural diplomacy, the role of culture in international relations and the power of culture in creating cooperation. . The topics touched during the sessions included not only the Nordic countries, but the Baltics, as well as the Baltic Sea Region as a whole. The main focus during this two-day event has been given to the softer power of cultural
diplomacy and what effect it has on international cooperation and the way culture, media and art affect those relations.
The Nordic model is internationally attractive to many countries and taken as an inspiration for developing national policies. In view of the 25th anniversary of the fall of the Berlin Wall, the conference had some focus on the great changes that took place since that time. References were made to modern society to emphasize the fact that there are still many political, economic and cultural walls that still exist in today’s society. All conference speakers, stressed the need of widely understand cultural diplomacy activities, in order to both tackle challenges and provide opportunities on national and cross-border level. Furthermore, through the conference the participants got good insight into the history and a better understanding of how lessons learnt can be better applied to our modern life.

The conference ran for two days and consisted of welcoming addresses followed by five plenary sessions. The panel discussions were followed by mobilizing the audience to bring their inputs to the debate and challenge the panelists. During the first day, the sessions covered the topics on the power of culture in international cooperation, trust building and peace by reflecting on Nordic experiences, looked at the soft powers of culture, media and creative industries as well as debated whether country branding and cultural diplomacy are conflicting or complementary aspects or international relations. The first conference day was summed up by an evening reception at the Danish Parliament,  where participants were able to follow up the discussions on the plenary sessions, debate and engage in networking.

On the second day of the Cool North conference, on the 2 sessions that took place, more focus concentrated on the Nordic – Baltic and Russian cooperation. After the end of the Cold War and the reestablishment of the Baltic Sea Region, the Nordic countries were active in providing support to the democratic reform process in the Baltic States and Russia. Cultural diplomacy was often used as a means to re-build the dialogue for ensuring peace and stability. The panelists of the day discussed also how current situation with Ukraine-Russia conflict can be approached through dialogue, cultural exchanges and active involvement of civil society.

All speeches are available under the conference material link

The conference gathered experts from politics, academia, culture, diplomacy and civil society. The broad range of expertise allowed to strengthen both the magnitude and the scope of themes by providing the audience with the various perspectives. As for attendees, the conference attracted around 180 stakeholders from the Baltic Sea Region and stretched even beyond (Italy, Spain, Great Britain etc.) Among the participants there were politicians, academics, representatives of embassies, cultural institutes, civil society and the private sector. A group of young leaders, mobilized by Institute for Cultural Diplomacy, actively participated and made interventions from the floor. The conference managed to deliver relatively even distribution of gender and age.

The conference was met with positive feedback from the participants and has been considered as a valuable indication of how relevant the topic of cultural diplomacy is, in the light of current regional conflicts.

Below some of the conference moments, captured on camera. 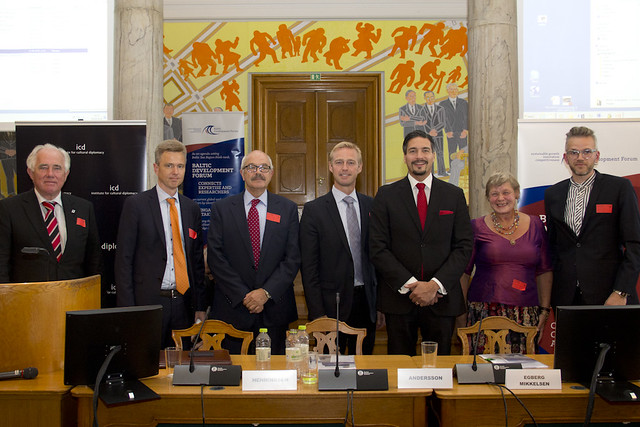 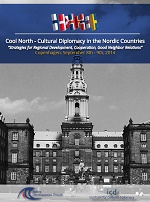