By 2021 the new Fehmarnbelt tunnel between Denmark and Northern Germany is expected to open, creating a new gateway to the entire Baltic Sea Region and paving the way for the development of an integrated Fehmarnbelt region. The fixed link across the strait of Fehmarn is a European project, which will bring positive impacts to the lives of people and companies, creating new growth and business opportunities in the Fehmarnbelt region and beyond. The 19 km long tunnel and improved connections on both sides will potentially half the transport time between the two metropolises, Copenhagen and Hamburg, thus serving as a milestone in development of a Scandinavia-Mediterranean corridor from Malta to the Russian-Finnish border.

A large number of stakeholders and project partners from several countries are involved in the process. In addition to the actual tunnel construction and the on land projects, there is a great amount of activities carried out by a diverse set of actors, whose individual and joint efforts would benefit from better co-ordination. Regional authorities, municipalities, local organizations, representatives from educational institutions and from business all have a strong involvement on different levels with the aim to strengthen conditions for growth in Malmö/Copenhagen – Lübeck/Hamburg.

In the light of this development a more streamlined, non-bureaucratic process and decision-making procedure – a modern multi-level governance at the regional level – is a key element and would benefit all stakeholders.

Baltic Development Forum (BDF) is therefore looking forward to the outcomes of the Baltic Sea Region TransGovernance project that will present new instruments to ensure better coordination and alignment of transport policies in the Baltic Sea Region. The results of the TransGovernance project will be presented at the final conference on 3 November 2014 in Bruxelles. The project has developed a toolbox with recommendations to ensure that all relevant public and private stakeholders at the European, macro-regional, national, regional and local administrative levels are involved in dialogue and decision-making when planning larger cross-border transport projects like the construction of the Fehmarnbelt tunnel.

The emerging global economy has transformed how we govern at the local and regional level. Governmental policies and  decision-making are no longer developed and carried out in isolation but have gradually transformed into processes that include continuous interaction with and between groups of stakeholders. This requires a combination of reasoning, knowledge, responsibility, awareness, incentive and action in order to utilize the competencies of all players. This governance model is a flexible and efficient one, in contrast to rigid conventional decision-making structures where – due to the focus on institutions and regulatory framework – unexpected options and unforeseen impacts frequently are neglected. A new multi-level governance landscape of decision-making has emerged.

In our own way, BDF has been promoting the multilevel governance model for the last 15 years by offering a platform for regional development in the Baltic Sea Region, connecting private and public interests at both local, regional, national and macro-regional level and facilitating dialogue between business, media and academia. BDF has also supported the EU Strategy for the Baltic Sea Region, providing a framework for implementing concrete cross-border activities.

In the beginning of October, BDF served as the secretariat for organizing the Fehmarnbelt Days 2014 in Copenhagen. Under the
heading “Creating Connections” the Fehmarnbelt Days 2014 brought together more than 700 participants from diverse sectors, regions and levels of decision making to exchange ideas and experiences and discuss cross-border cooperation and growth opportunities in the emerging Fehmarnbelt Region. The theme of bridging the Fehmarn-belt and connecting Denmark and Germany got put into a wider perspective: Bridging the Baltic Sea – Connecting people by creating a North-South fast transport corridor in Europe.

The final decision on the actual construction of the Fehmarnbelt fixed link has not yet been made and is expected later this year or in the beginning of 2015. But to quote a former Danish Minister of Transport: “No one has ever regretted building a bridge!” 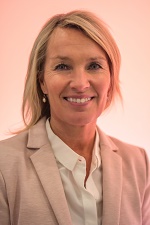