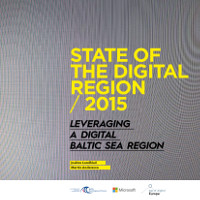 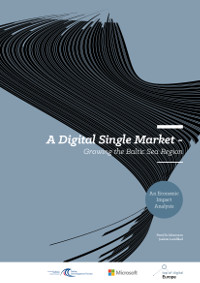 The two reports suggest that through a stronger transnational regional cooperation, the region can on the digital single market could help implement the EU digital single market. They show that there is a large short-term economic potential to be reached, if all countries in the region are able to converge to the “best-performing” country in terms of digital infrastructure, digital readiness, and digital goods and services. The reports also indicate that the Nordic countries are not necessarily in the lead in the region across different indicators of digital performance as the picture is much more complex. While digital markets continue to be fragmented, an integrated labour market with high degree of mobility could help realize the full potential of a digital single market. Fully integrating Poland into a regional digital single market would generate a significant benefit for the region.

The panel discussion brought forward some perspectives from business. Mark Lange, Director, EU Institutional Relations at Microsoft confirmed that there is no other region outside of the US where Microsoft has invested as much as they have in the Baltic Sea Region.

Natasha Friis Saxsberg, Founder of Gignal, pointed out that for an entrepreneur in the digital sector the Baltic Sea Region is a challening market because of the different laws, bureaucracy, cultures and languages – you need a local connection in order to understand the markets.

Jørgen Abild Andersen, Chair of OECD Committee on Digital Economic Policy, pointed out that digital growth could help reaching the goals on employment and innovation with which political leaders are currently struggling.

The panelists also stressed the importance of e-skills and making life easier for digital start-ups and entrepreneurs.