BDF wants to – and is fully able to – play an even stronger role in regional cooperation in 2012 making use of its think-tank activities, Summit meeting, thematic cooperation among stakeholders and matchmaking activities. Impressive progress has been achieved. That was demonstrated in the review of the EU strategy for the Baltic Sea Region (BSR), discussed at the BDF Summit 2011 in Gdansk. The BSR has profited from the EU’s increased focus on the region which represents today the most advanced regional co-operation in Europe with many across border projects under implementation.

At the same time, the BSR represents one of the most disintegrated regions in the EU in terms of membership of the EU, the euro, military cooperation, infrastructure, languages etc. which is an obvious paradox. Regional cooperation and wider European integration is not seen as competing or conflicting processes. On the contrary, regional integration is strongly imbedded in the wider cooperation the Europe which is good at a moment where disintegrating forces are stronger than never before in Europe. BDF wants to ensure that regional and European integration goes hands-in-hand. The close neighbourhood to Russia also adds to the special character of the region. It is both a challenge and an opportunity. BDF wants to build bridges between all parts of the region.

The review of the EU strategy is welcomed but it has also weak points. It is BDF’s role to highlight the deficiencies and to propose solutions since the strategy is an opportunity that must not be missed. It includes the involvement and outreach to groups and sectors that are not fully engaged. In this regard, BDF’s role is to ensure that the private sector takes more actively part in setting the priorities for the region. Public-private cooperation is essential to make better use of the region’s potential and to improve the region’s economic growth, competitiveness and innovation capacity.

Again this year, the Baltic Development Forum Summit will be organized together with the European Commission’s Annual Forum on the EU strategy for the Baltic Sea Region. The Danish EU Presidency, and two Danish regions are close partners and hosts. The EU strategy will be in focus again and BDF will do its best to promote the action plan of the strategy.

The main theme of the Summit will be bigger infrastructure project and investments in the region (“Connecting Europe – Smart and Green Partnerships in the Baltic Sea Region”). Public-private partnerships are not only important for investments in infrastructure (including transport, energy, ICT/digital agenda/water etc.) These are necessary to kick-start economic growth but  also essential for improving the framework conditions for the long-term sustainable development of the Region. In addition to promoting a smarter and greener Region, the meeting will also address the Europe 2020 Strategy and the proposals for a “Connecting Europe” facility.

This year more efforts will be done to involve the private sector since a Baltic Business Arena – match-making for small and medium-size enterprises – will be organized in parallel. As always, the Summit will include a broad range of seminars relevant for public-private partners.

BDF should continue evaluating its role and options within the EU strategy. BDF has already several roles in connection with competitiveness, branding, place and investment promotion and regional identity.

BDF is recognized as one of the best think-tanks in the world in the field of regional economic development. This position should be further established and even improved during 2012 where the network of researchers (“Deep Water”) will be strengthened. Among the reports will be:

Conferences. Throughout 2012, BDF will continue to organize thematic conferences and seminar in different parts of the region as well as taking active part in conferences and networks as speaker and participant. 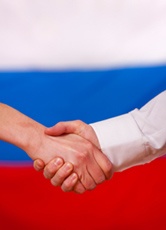 BDF will ensure closer links with Russia not least this year when the Russian Federation take over the Presidency of the Council of the Baltic Sea States (CBSS). BDF will propose project and activities wthat could be useful and helpful to the Russian CBSS Presidency. Also BDF will be more active within the Northern Dimension framework, including The Northern Dimension Institute and the Business Council.