The European Commission has today (23 March) released a Communication on the first of its Macro-Regional Strategies, the European Union Strategy for the Baltic Sea Region (EUSBSR), setting out how it proposes to take co operation between the participating states up a gear. The aim of the Strategy is to increase the impact of EU funds to reach common goals, such as the improvement of water quality in the entire region. The Communication sets three new focuses for co operation: “Save the Sea”, “Connect the Region” and “Increase Prosperity”. Under these objectives it sets strategy-wide targets and indicators, and proposes that in each sector, further targets should be set. In addition, the Communication sets out how all those involved can improve their joint efforts by doing more to align their policy decisions, and the available funds. It also clarifies the roles and responsibilities of all those involved, to put the Strategy on a firm footing to prepare the 2014-2020 programming period.

“The EU Strategy for the Baltic Sea Region is yielding results, but this pioneer macro regional strategy is also teaching us valuable lessons for the future. Member States have asked the Commission to make recommendations to step up the impact of the strategy, and today’s Communication does just that. In particular I welcome the fact that participating states have decided to set themselves clear joint goals in the form of targets and indicators, and I am sure this will help to focus future efforts”

Today’s communication follows the Commission’s first report on the EUSBSR last summer and the Council Conclusions of 15 November 2011. Member States and the Commission agree that indicators and targets are needed to enhance concentration on priorities, and the subsequent evaluation and communication of the Strategy. The following indicators are examples of those set for each of the Strategy’s three objectives:

Increased cooperation between maritime surveillance authorities to enhance awareness and efficiency at Sea by 2015. 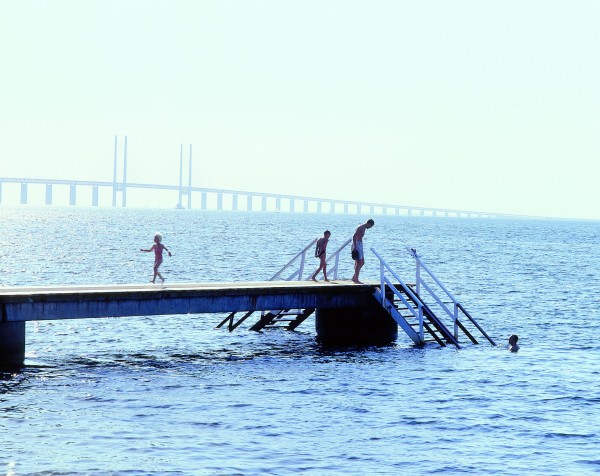 Full and environmentally sustainable interconnection of the gas and electricity markets of Baltic Sea States by 2015, in line with the Baltic Energy Market Interconnection Plan.

Since its launch in 2009 (IP/09/893), the 8 Member States involved in the EU Strategy for the Baltic Sea Region, and their non-Member States partners have developed new ways of co operating more deeply to tackle questions like water quality in the Baltic Sea, the need to promote innovation in the region and a host of other issues.

The Strategy facilitates new projects and gives momentum to existing ones. Its integrated approach encourages better policy development and the alignment of funding and resources, resulting in a better implementation of the EU’s ‘Europe 2020’ objectives.

All EU programmes in the Region are expected to contribute to the Strategy by aligning their priorities, projects and funding. The Baltic Sea Region Programme 2007-2013 has been the main source of funding for the Baltic Sea Strategy so far: almost half of the programme’s budget (€8 million) and projects (31) were linked to the Strategy: 13 are the Strategy Flagship Projects and 18 projects are contributing to it. It is important that increasingly, all available sources of funding are aligned with Strategy objectives

A first report on the EUSBSR was published by the European Commission in summer 2011 and was followed by council conclusions. In 2013 the Comission will assess the added value of the macro regional approach, at the request of the European Council.

The following are examples of work under the EUSBSR:

The Baltic Deal project focuses on reducing agriculture’s contribution of nutrients to the Baltic Sea. Farmers’ federations initiated this project in a response to increasing eutrophication status of the Baltic Sea. Now this unique project builds bridges between environmental needs and agricultural concerns, and works together with projects under the Strategy’s prosperity pillar to ensure the widest possible cross-sectoral impact.

BaltAdapt is the first ever macro-regional adaptation plan and goes beyond purely national approaches to climate change. With 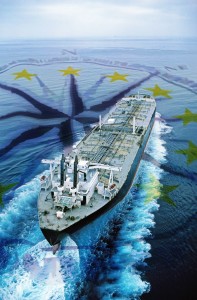 Sweden at the lead, the project seeks to provide the operational basis for implementing the BSR-wide Climate Change Adaptation Strategy and influencing policies, programmes and regulations. It also seeks to establish a knowledge brokerage process between political decision makers and researchers leading to improved institutional capacity.

The Baltic Science Link project focuses on research infrastructure and innovation. This infrastructure should be used optimally to strengthen the scientific capability and competitiveness as well as the attractiveness of the Region. This could be accomplished by building a strong network between universities, research institutes and industries in the Region, i.e. the Baltic Science Link. Already strong research fields in the Region – life sciences and material technologies – forms the core of these scientific clusters. With several sub-projects being formed, the project today is a cooperation between DESY/Hamburg and the Swedish Research Council.

Baltfish is a forum that was established to enhance collaboration among Baltic Sea Member States as a first step towards further regionalisation of fisheries management. With Sweden in the lead, the forum works with relevant Baltic Sea organisations including the BS RAC and HELCOM to strengthen police implementation and the integration of concerned stakeholders in fisheries management. At the core of the form is the High Level Group consisting of the fisheries directors of the Baltic Sea Member States and the director of Baltic Sea fisheries at the Commission.

The COHIBA project is identifying and measuring the most important sources of 11 hazardous substances of special concern in order to create cost-effective management options to reduce the discharges. The project also promotes best practices and capacity building. COHIBA is lead by the Finnish Environment Institute and 22 partners across 8 countries are involved. The work is distributed into six main areas which are monitored by the relevant national institutes and agencies in Finland, Sweden, Latvia and Germany along with the Helsinki Commission.