The Rīga Conference is one of the leading foreign and security policy forums in Northern Europe for world renowned political, intellectual and business leaders to gather and debate on the most acute challenges of the current international agenda. This year the Conference will take place 16-17 September with the aim to provide another round of discussions on an international intellectual platform, for further decision-making across the Atlantic.

The Rīga Conference will welcome the Prime Ministers of Latvia, Estonia, Lithuania, Finland and Poland, who will open the Conference with a series of debates focusing on the changing economic climate and the security of the EU and NATO. In addition, discussions will centre on the necessity for more effective mechanisms of cooperation amongst the states of the Baltic Sea Region, thereby also presenting a Baltic perspective on foreign and security policies.

This year’s conference will also touch upon various global issues, in particular, the overthrow of various political regimes in North Africa and the Middle East, and the commitments of the West, as well as the role of Turkey; power politics in Central Asia and Afghanistan; the modernisation of Russia; and the current situation in Belarus, which now is facing a severe economic crisis.

The afternoon and Night Owl sessions will discuss such issues as the liberalisation of the EU energy market and the role of national industry leaders (supported by BDF’s Member Latvenergo); and the impact of social media and social networking on political regimes.

Baltic Development Forum Director, Hans Brask, will participate in the two day event in which BDF has been a dedicated participant.

For more information about the Rīga Conference 2011, please go to http://www.rigaconference.lv/ 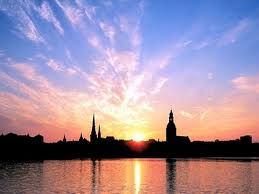 Before the upcoming Conference, Latvia’s Transatlantic Organisation (LATO) has published a collection of original essays and articles entitled the Rīga Conference Papers 2011. The aim of the Rīga Conference Papers is to foster the public debate on foreign policy and security issues. The contributors of this collection include well renowned experts and practitioners as well as Baltic Development Forum’s Chairman and fmr. Danish Foreign Minister, Mr. Ellemann-Jensen’s article entitled The EU Strategy for the Baltic Sea Region: High Expectations for a New European Model of Regional Co-operation.

You can read the rest of Mr. Ellemann-Jensen’s article here.

To download the Rīga Conference Papers 2011, please go to http://www.rigaconference.lv/library/the-riga-conference-papers-2011