Working together for ONE BSR project

After two years of operation ONE BSR has come to a close. The last conference held in Helsinki, September 4, 2014 went through the events that have taken place under the project as well as looked into what the future holds for the region. The closing session shared the most important participant take-a-ways and future perspectives with the attendants. As one of the key messages identified during the conference was the question of talents, their attraction and circulation in the region.

Here, the questions raised, went beyond whether there is a need to invest in talent attraction, but proactively debated on how to do it, what approaches should be used, both on national and regional levels. The holistic approach to think in terms of “brain circulation” is needed. Here, talents in the region are seen as part of a value chain of talent attraction, retention, leaving and becoming ambassadors for the BSR. Relevant stakeholders need to Work bearing the concept in mind in order to successfully brand the region.

Case studies of talent retention issued in Helsinki, Tallinn, and Stockholm were an important part of Talent retention package of ONE BSR. The progress has been marked by changing migration policies in Estonia, making it easier for talents to move, fighting language barriers in Finland, reducing the effects of housing shortages, difficulties in finding jobs for accompanying spouses and other problems in the Swedish society. 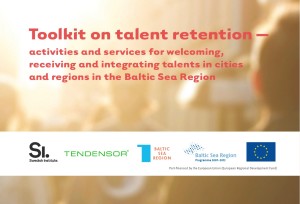 Another important result of the Talent retention work package was the publication of toolkit on talent retention in the Baltic Sea region. The toolkit was commissioned by the Swedish Institute together with Tendensor and presented during the conference. The main purpose of the toolkit is to inspire officials and public servants in the region to work more with talents. It presents a strategic roadmap for working with talent retention, concrete tools, and a discussion of ideas for future collaborations in the region. The toolkit is freely available and can be downloaded by clicking on the report on the right.

Panel discussion on talent challenges and future strategies was represented by: Nikolaj Lubanski, Director, Talent Department, Copenhagen Capacity, Laura Kirss, Analyst, Praxis Center for Policy Studies, Marcus Andersson, Partner, Head of Operations, Tendensor AB, Tine Horwitz, CEO, Consortium for Global Talents, member of ONE BSR Talent Retention Advisory Board, Kurt Bratteby, Head of Department of International Relations, Swedish Institute, Nannette Ripmeester, Director, ELM (Expertize in Labour Mobility), Christine Chang, Senior Advisor, Lead partner of EXPAT project, Uusimaa Regional Council. The first subject that came up during the discussion was the fact that talent retention is not one of the explicit priorities of the EU interregional cooperation funding during 2014 – 2020. It means that the issues of talent retention require further promotion internationally. When it comes to BSR branding, the challenges include presenting a coherent picture when marketing BSR countries to talents and closing the gap between international talents and companies. The importance of engaging the talents in the work was pointed out, as well as the need to roadmap the region and identify the strongest companies and brands and make them attractive. BSR also needs to develop innovative strategies, such as a common system allowing employers in the region to “share” jobseekers and unsolicited applications. In summary, the key issues are holistic approach and thinking in terms of human capital.

The Investment promotion agencies in the Baltic Sea region have met 7 times during the ONE BSR project. The aim has been to identify ways to cooperate and join forces in order to get more foreign investments to the region.

During the meetings, several topics have been discussed, possible areas for cooperation have been identified – and it has become evident that a will to cooperate exists. With a Business Plan, produced through interviews with all IPAs, a comprehensive list of many possible cooperation activities have been developed.

“In the end, it’s all about attitude and action”, says Micah Gland, deputy CEO of Helsinki Business Hub and one of the strongest advocates for regional cooperation. “Now that we know we have the right attitude, let’s just do it”, he summarized in the One BSR final event. And they will. Even though the project has ended, the IPAs will meet again this year and this time it’s all about pitching for the concrete actions that they’ll do together. Ideas proposed so far include cooperation in attracting foreign venture capital, participating with a common offering to a foreign trade show, and harmonizing the way IPA’s measure their impact and results.

“The fact that IPAs have agreed to meet again later this year shows that the ONE BSR project has been successful in developing a common understanding among IPAs of the benefits of working together in the region”, says Flemming Stender, director of Baltic Development Forum.

Baltic Development Forum has proposed to take the coordinating and enabling role in future BSR IPA cooperation, which would allow the IPAs to concentrate on real concrete actions instead of coordination or bureaucracy. This, along with the concrete actions, will be decided when the IPAs meet later this year. 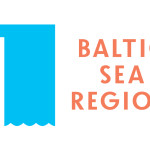