On 6th February, Baltic Development Forum organized a seminar to share the latest insights on the state of the Baltic Sea Region with regards to competitiveness and economic development. The seminar was hosted by the Danish Ministry of Foreign affairs.

The authors of the 2016 State of the Region Report, Dr. Christian Ketels, Harvard Business School and Stockholm School of Economics and Helge J. Pedersen, Group Chief Economist at Nordea bank presented the main findings of the report as well as the latest developments.
Since the report was launched in November 2016, the world economy has been gaining new momentum 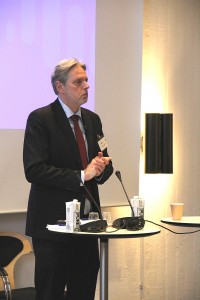 i.e. due to higher commodities’ and oil prices, intensified lending activities, and improved economies in particular in Russia and Finland. This was the optimistic message conveyed by Helge J. Pedersen. On the other hand, Pedersen pointed out that uncertainties are increasing in the form of geopolitical risks caused by the BREXIT, the new US administration and the current conflict with Russia and the trade sanctions still in place. The lenient monetary policy which is expected to remain for quite some time increases the risk for future asset bubbles in real estate markets. The slow growth in world trade poses a risk to the pre-dominantly small and medium sized open economies in the Baltic Sea Region. Other signs of worry are ageing populations throughout the Baltic Sea Region, unfavorable demographic developments in the Baltic States, and high youth unemployment rates in parts of the region.

Dr. Christian Ketels provided insightful observations into the longer-term trends, re-confirming that the Baltic Sea Region is performing well and remains in the top of competitiveness and innovation rankings. 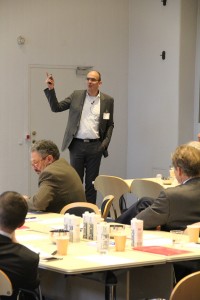 However, the region experiences a slower growth rate before the economic crisis due to lower labour productivity. It is worrying that the region’s position on global markets continues to diminish as its global market share in both exports and foreign direct investments continues to decrease. The region is also highly reliant on a small number of companies that account for the majority of private sector R&D spending, making the region vulnerable to any shift. The region also continues to remain weak in translating strengths in innovative capacity into innovations with reel economic value, and has – despite many policy initiatives – lost some of its advantages in entrepreneurship compared to European peers. But overall, the Baltic Sea Region is well-placed in terms of innovation, providing favorable conditions for triggering innovative solutions and to compete successfully in the global economy and in new emerging industries.

Dr. Ketels summed up his presentation by highlighting the need to develop a common strategy preparing for future economic and political uncertainties, and a strong political leadership in support of a unified regional agenda building on the region’s existing strong macro-regional cooperation framework.

Insightful comments from Stephen Hart, Head of EIB in Denmark, and Emily Wise, Research Fellow, Lund University, highlighted how the EU Investment plan for Europe was supporting growth in the Baltic Sea Region through lending to projects and companies,
and how a collaborative transnational approach can strengthen the regional voice and profile on the global arena. 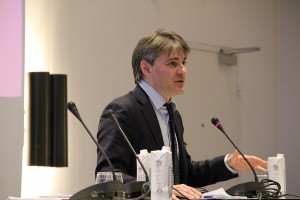 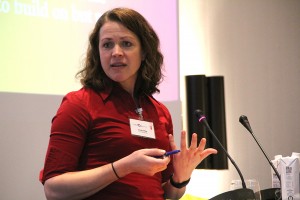