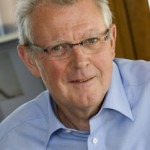 On November 28-30, 2012 over 400 experts from the economic, political and academic worlds will come together at the Hamburg Chamber of Commerce to discuss the status of Sino-European economic relations. The fifth “Hamburg Summit: China meets Europe” will focus on the roles of China and the EU in the global economy, the perspectives for the Sino-European trade relations, raw material supply, the liberalization of the Chinese currency as well as new concepts for “Smart Cities”.

The “Hamburg Summit” is a high-ranking and worldwide renowned Sino-European economic forum, as the participation of the Chinese Prime Minister Wen Jiabaoand in 2006 exemplifies. At the fifth “Hamburg Summit”, the Chinese government will be represented by Wan Gang, Vice Chairman of the 11th Chinese People’s Political Consultative Conference and Minister of Science and Technology.Wan Gang will be the Chinese guest of offer and give keynote addresses during the Opening Dinner on 28 November 2012, 18h30, and at the Conference opening in the morning of 29 November 2012.

The “Hamburg Summit” was initiated and organized by the Hamburg Chamber of Commerce for the first time in 2004 as a platform for an open dialogue between Europe and China with the goal to improve the economic relations and mutual understanding.