On 25th April, the State of the Digital Region Report “Cities connecting the digital economy in the Baltic Sea Region” was presented by co-author Prof. Martin Andersson in the opening session of the  Digital North conference. This first Nordic-Baltic ministerial conference on digitalization was organized in Oslo by Nordic Cooperation and the Norwegian Ministry of Local Government & Modernisation.

In the afternoon, Joakim Wernberg, PhD student and co-author of the report, opened a panel debate based on ideas from the State of the Digital Region Report on how to link tech eco-systems across the region. Joakim emphasized the idea to enable “local buzz” within cities as well as supporting “global pipelines” between cities.

“It is great to see the strong political commitment for a closer Nordic-Baltic cooperation in digitalization” says Torben Aaberg, Head of Public and Digital Affairs at BDF attending the conference. “This is core of what we are doing in BDF and Top of Digital Europe, developing dialogue and exchange of best practices on how the region can stay in the global lead of the digital economy. We will be happy to inspire the follow-up of the event with concrete cases from transnational collaborations”.

At Digital North, the minsters from the Nordic and Baltic countries adopted a declaration. More information about the conference and the Norwegian version of the declaration is available here. 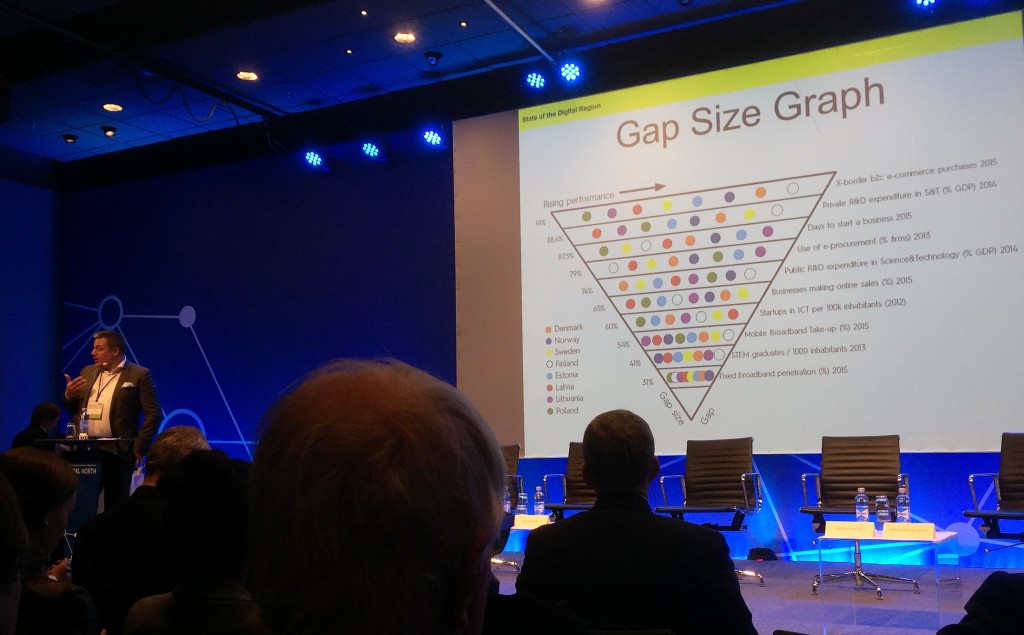